If someone could give you a vaccine that would cure your fibromyalgia, would you do it? That may sound like a dream, but it’s closer to reality than you might think. Los Angeles-based biomedical firm EpicGenetics and Massachusetts General Hospital researchers are seeking approval from the U.S. Food and Drug Administration (FDA) to conduct a clinical trial next year to test the Bacille Calmette-Guerin (BCG) vaccine as a potential treatment for fibromyalgia.

BCG is a generic tuberculosis vaccine that is almost a 100 years old and has been safely administered millions of times,” explained Dr. Denise Faustman, head of the Faustman Lab at Massachusetts General Hospital. “For over 10 years, our research group at Massachusetts General Hospital have been actively investigating the role that the BCG vaccine could play in treating various forms of autoimmunity. Our current focus is type 1 diabetes, but globally BCG is being tested in a number of autoimmune diseases. Over the next two years we will begin clinical testing of BCG in fibromyalgia.”

According to the World Health Organization, more than 100 million children are given the BCG vaccine each year. It’s mainly used in developing countries where tuberculosis is still active. The BCG vaccine is not available in the United States because of the low risk of infection. In the U.S., BCG is used in a small number of patients to treat bladder cancer.

So, the obvious question is why would a vaccine for an infectious lung condition be used for fibromyalgia? The answer lies within the immune system.

Vaccines are typically given to healthy people to prevent infection. In this case, however, the BCG vaccine would be administered to fibromyalgia patients in an effort to quell their symptoms.

When EpicGenetics was tasked with creating a diagnostic test for fibromyalgia several years ago, researchers ran all sorts of lab tests on fibromyalgia patients to figure out how they differed from healthy control subjects and what might be causing their symptoms. Researchers discovered several white blood cell abnormalities in fibromyalgia patients, leading them to conclude symptoms are associated with a suppressed immune system. 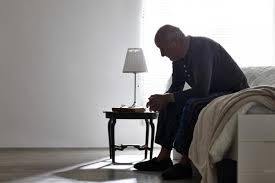 “We believe [the term] fibromyalgia is a misnomer,” said Dr. Bruce Gillis, EpicGenetics’ CEO. “These people aren’t suffering with anything that’s affecting the muscles, per say. What they are suffering with is their immune system cannot produce normal quantities of protective proteins. …There are cells in the immune system called peripheral blood mononuclear cells. They are not producing normal quantities of the protective proteins called chemokines and cytokines.”

The finding led to the development of the FM/a blood test for fibromyalgia. (Yes, despite what your doctors may have told you, there IS a blood test for fibromyalgia! It’s just not widely accepted in the medical community.) The test analyzes the levels of four chemokines and cytokines found at reduced levels in fibromyalgia patients. These four chemokines and cytokines just happen to be the same ones that are boosted by the BCG vaccine.

“Given what’s been published in the medical literature, we believe this vaccine will reverse the immune system abnormalities [of fibromyalgia],” Gillis said.

Gillis and Faustman are seeking FDA approval to administer the first BCG vaccines to fibromyalgia patients early next year.

“This is the first time ever that a direct treatment of fibromyalgia will be done,” Gillis said. “As you know, the medications [currently on the market] for fibromyalgia only treat symptoms. They have no immune system benefits. [The pharmaceutical companies] concede they’re only treating symptoms but you need to treat the disease, and that’s why we’re moving ahead with the vaccine application [to the FDA].”

If Gillis’ theory holds true, then “the chemokines and cytokines that are deficient in patients with fibromyalgia will no longer be deficient [once the BCG vaccine is administered],” Gillis said. “Production levels will normalize, and you have to assume then that their symptoms will disappear. We think we are on the cusp of something major.”

Because the vaccine has such a long history, it’s not expected to cause any major side effects in patients.

The BCG vaccine is anticipated to cost $20-$25 per dose – a nominal amount when compared to the ongoing expense of taking pharmaceuticals every day.

“We think a fibromyalgia patient would need one or two doses maximum so you can understand why I’m not getting much support from drug companies,” Gillis said.

In addition to the vaccine trial, EpicGenetics is partnering with the University of California, Los Angeles (UCLA) and the University of Illinois College of Medicine Chicago to sequence the genomes of up to 250,000 fibromyalgia patients.

“We’re looking for any type of genetic patterns or anomalies or mutations,” Gillis said.

Patients who test positive for fibromyalgia using the FM/a test will be able to participate in the genomic study.

If you’d like to learn more about the FM/a test, visit FMTest.com. Click here to read more about EpicGenetics’ fibromyalgia genome project and the BCG vaccine study. If you’re interested in having the FM/a test, please fill out the application form on the home page at FMTest.com. If you have additional questions or experience any issues with submitting the form, you can email the company at [email protected] or call (310) 277-4600.

Donna Gregory Burch was diagnosed with fibromyalgia in 2014 after several years of unexplained pain, fatigue and other symptoms. She was later diagnosed with chronic Lyme disease. Donna covers news, treatments, research and practical tips for living better with fibromyalgia and Lyme on her blog, FedUpwithFatigue.com. You can also find her onFacebook and Twitter. Donna is an award-winning journalist whose work has appeared online and in newspapers and magazines throughout Virginia, Delaware and Pennsylvania. She lives in Delaware with her husband and their many fur babies.