When Your Muscles Won’t Relax 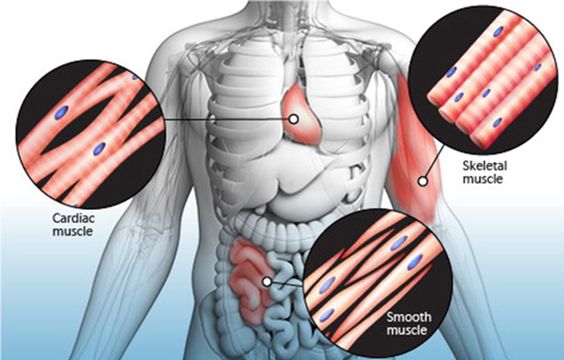 Do you sometimes have muscles that tighten up and won’t relax no matter what you do? That’s called a muscle spasm, and a lot of people with fibromyalgia have this problem. In fact, some researchers consider it a major source of our pain.

Spasms are different from muscle twitches, which are brief and usually painless. When a muscle spasms, it clenches tight and stays that way.

Spasms can be painful for anyone, and they’re worse for those with fibromyalgia because of a symptom called hyperalgesia, which is the name for the way our nervous systems amplify pain signals.

What Causes Our Muscle Spasm?

We don’t have a lot of research on why muscle spasms are involved in fibromyalgia. However, at least one study (Ge) suggests that our spasms are caused by myofascial trigger points.

Myofascial trigger points (TrPs) are ropy bands of tissue that form when soft tissue injuries (like a sprain or strain) don’t heal properly. A condition called myofascial pain syndrome (MPS) can develop in someone with multiple active trigger points. MPS is extremely common in people with fibromyalgia and some doctors believe they’re actually the same condition.

TrPs feel like hard nodules under your skin and are usually about the size of a pencil eraser. It hurts when you push on them. More important though, is that TrPs cause referred pain, which is pain in another area of your body. For example, a TrP on the muscle running up the side of your neck can cause pain on the top of your head as well as what feels like sinus pain under your eyes.

In the Ge study, researchers were able to reproduce fibromyalgia muscle pain—those seemingly random pains that crop up in areas where nothing is wrong with the tissues—by manipulating TrPs. They concluded that TrPs caused muscle spasms which were largely responsible for fibromyalgia pain.

Of course, a single study is never conclusive.

Our muscle spasms could also be caused by other things, such as our overactive nerves, nutrients deficiencies or any number of other things.

Muscle spasms can be hard to get rid of, so fortunately we have a lot of options.

Things you can try at home include:

Nutritionally, several things are believed to help with muscle pain. While they generally haven’t been studied specifically for fibromyalgia, foods and supplements that may help include:

Healthcare providers also have a variety of tools for helping relax tight muscles, such as:

A 2002 study (Gur) suggested that low-level laser therapy may help alleviate the muscle spasms, and the pain they cause, in fibromyalgia. Several subsequent studies of this treatment have also been positive, although not all of them looked specifically at the impact on muscle spasms.

You might also be able to make changes in your lifestyle to help alleviate or avoid muscle spasms. These could include:

It can pay to really examine your habits and see what things you do that may aggravate your muscles and make simple changes. If you need help fixing your posture, you may want to talk to your doctor about physical therapy.

352 thoughts on “How Fibromyalgia is associated with Muscle Spasms”